From cockroach milk to pasta straws, a slew of weird friendly food trends hit menus and supermarket shelves in 2019 vowing not to add to the world’s carbon emissions.

With industrial ranching on the crosshairs of environmental activists due to massive amount of greenhouse gasses it contributes to global warming each year, plant-based burgers went mainstream with fast food giants Burger King and McDonald’s joining the fray.

Burger King’s Impossible Whopper was so successful there are multiple vegetarian options now being planned. Not long after, every mom and pop burger joint across the planet jumped on the bandwagon and offered their own variation.

Fish substitutes are entering the market too, including tuna made from a blend of six legumes and algae oil. Such alternative proteins cut down greenhouse gas emissions associated with livestock farming and industrial-scale fishing.

Then came the bugs! When it was realized that the number of cattle animals in the world was simply not enough, people started looking at bugs, with appetite. Grub granola, cockroach milk and silkworm vanilla ice-cream are just a few offerings to make insects less icky and more appealing to diners.

Bugs are high in protein and vitamins, but low in emissions and require less land and water. Some are even hoping farming insects could help clean up palm oil’s tarnished image.

While animals were consumed en masse by humans, plants were not in the safe either. With the 2018 Farm Bill legalizing farmers to grow industrial hemp in the U.S., cannabidiol (CBD)-infused foods and drinks craze was unleashed in the world.

Proponents say hemp – from which CBD is derived from – has many sustainable aspects as it can provide food, shelter, clothes and energy.

There is confusion over their safety and legality in both the U.S. and Britain, but that has not stopped companies like Ben & Jerry’s from announcing plans for their own CBD-based products. At one point even Coca Cola dabbled in the idea of introducing a hemp-infused coke to the markets.

Meanwhile, neglected plants rich in vitamins and can adapt to the changing climate, including babassu oil from Amazon, millet from India and Mayan spinach from Guatemala, made their way onto plates, championed by pioneering chefs and scientists.

With 75% of the world’s foods coming from just 12 plants and five animal species, expanding the diet is also a good strategy for coping with climate-induced crop failures. 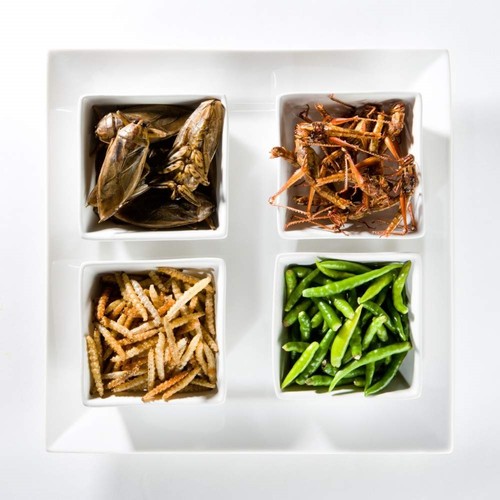 Although most of the food trends in the year were born out of the need to eat, some of them were born out of different necessities. As the world stepped up efforts to combat plastic pollution, some people came up with the idea to use pasta as straws.

With giant firms like Starbucks and the like pledging to shun single-use plastics, pasta straws emerged as an alternative to paper ones.

Pastas were not the only ones to substitute plastics too, as a Thai supermarket turned to tradition, using banana leaves to wrap fresh produce while consumers flocked to products such as re-usable beeswax wrappers.

Speaking about waste, restaurants that use almost every part of the raw materials to cut down on food waste popped up in Helsinki, New York and Berlin – the last one also happened to be vegan.

The recycling frenzy went so far that some people ended up offering eco-friendly beers – brewed using recycled or wastewater, doing away with the plastic six-pack rings, and pledging part of the profits to conserve sea turtles.

Natural wines, which proponents say are made with organic grapes and no chemical additives, thus purer and more environmentally-friendly, also gained major followings in Europe and the U.S.

What will 2020 bring on the tables remains to be a mystery but 2019 made one thing certain: humans can and will get creative, even if a little bit on the odd side when it’s necessary.