German frozen foods company Frosta Aktiengesellschaft just launched its own vegan seafood at the Fish International event in Bremen. The new “Fish from the Field” line of vegan products will debut at German restaurants and cafeterias in May.

“Seeing the potential for limited fish availability in the future, and given our specialization as a company which works with vegetables as well as fish, we thought it made sense to create this product,” a Frosta spokesperson told Undercurrent News.

According to the spokesperson, the Fish from the Field brand has been in development for some time. This is in part due to the company’s goal of producing a vegan product with no soy and minimal additives. Fish from the Field uses linseed oil for Omega-3, and to help replicate the flavor of traditional fish.

“Creating it was a little tricky,” explained Frosta. “Because we wanted to use the smallest numbers of additives possible. If you look at some of the meat alternatives, they use additives to recreate taste, mouthfeel, and so on. We wanted to use as few as possible.”

Frosta’s initial launch of Fish from the Field includes three different product types, including three-kilogram boxes of baked fish portions, breaded crispy fillets, and vegan fish cakes. The products will eventually be available to European foodservice buyers in general, but sales will begin in Germany.

As plant-based alternatives to traditional meat become more commonplace, interest in vegan seafood is also on the rise. Sustainable alternatives, such as Frosta’s Fish from the Field products, could address global concerns about overfishing, aquatic life, and the marine environment.

There are many different varieties of vegan seafood, from whole foods substitutions—including battered tofu, banana blossom, or chickpeas and nori—to high tech clean-meat production. Frosta wasn’t the only plant-based seafood brand presenting products at Fish International last week. Sterk, a Dutch food company, presented its “VeganSeaStar” sashimi made from tapioca starch and algae. The range originally launched in the Netherlands in late 2018.

Clean seafood companies, such as BlueNalu and Finless Foods, aim to overhaul seafood production with what they call “cellular aquaculture.”

Other companies, including Quorn, VBites, New Wave Foods, Ocean Hugger, and Good Catch Foods, all produce vegan fish using plants such as soya, mycoprotein, and algae. In the UK, sushi chains including Itsu, Yo! Sushi, and Wasabi have now all added vegan meals to their menus. And Scottish healthy eating restaurant Kcal has even launched its own vegan sashimi.

According to the market research firm Mintel, around 20 million Brits—nearly 40 percent of meat-eaters—say they’re reducing their meat consumption. 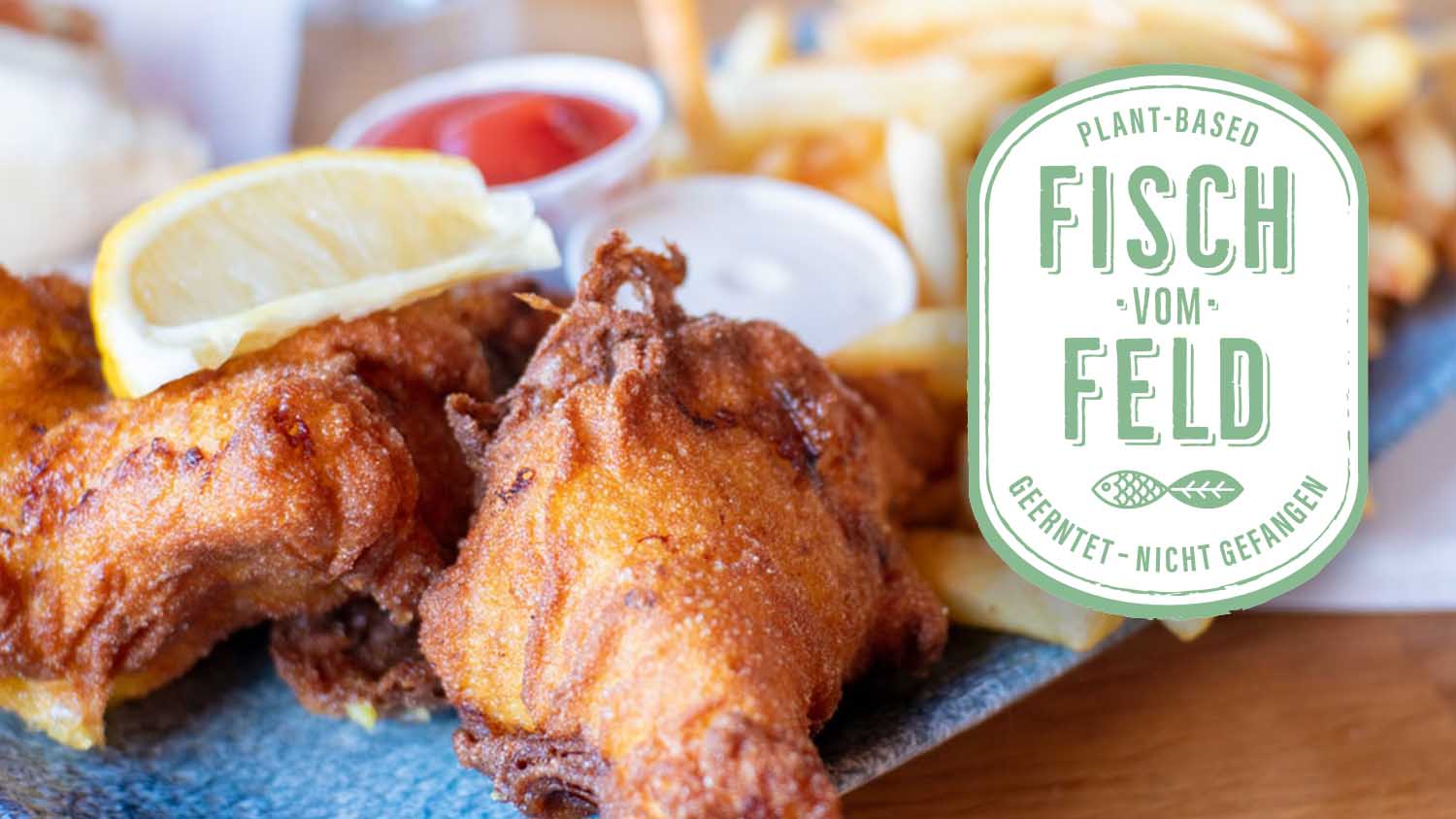 Vegan Fish Is Launching in Hundreds of Germany’s Restaurants