Remember as 2019 we were looking ahead at the 2020 calendar and marvelling at how some of the dates aligned with days of the week? Halloween is on a Saturday, Christmas Day a Friday, and Cinco de Mayo falls on Taco Tuesday. Well, things turned out a little differently this year, but the calendar is the same: Cinco De Mayo is on Tuesday, May 5.

If you are looking to commemorate the Mexican Army’s victory over the French Empire at the Battle of Puebla, on May 5, 1862, under the leadership of General Ignacio Zaragoza with some delicious eats in Vancouver, there are plenty of options for take-out and delivery.

Sadly, a few spots in the city are still temporarily closed, including Tacofino, La Mezcaleria, Lucky Taco, and La Cantina. Gastown’s Gringo is doing delivery – but they aren’t currently operating on Tuesdays.

Here are a few places in Vancouver serving up Mexican food you can order up for your at-home Cinco de Mayo enjoyment on May 5:

One of Vancouver’s best spots for authentic Mexican eats, Chancho has recently re-opened for take-out, and while they aren’t typically open on Tuesdays, for you – and Cinco de Mayo – they will make an exception. They are offering Tacos-To-Go Kits including Margarita or Michelada mixes for pick-up from the eatery at 560 Davie Street on Tuesday, May 5. You’ve got to order ahead though! The kits are available in a veggie or meat option – the meat is their killer good carnitas (pork) – and come with tortillas, guac, chips, salsa, and beans. 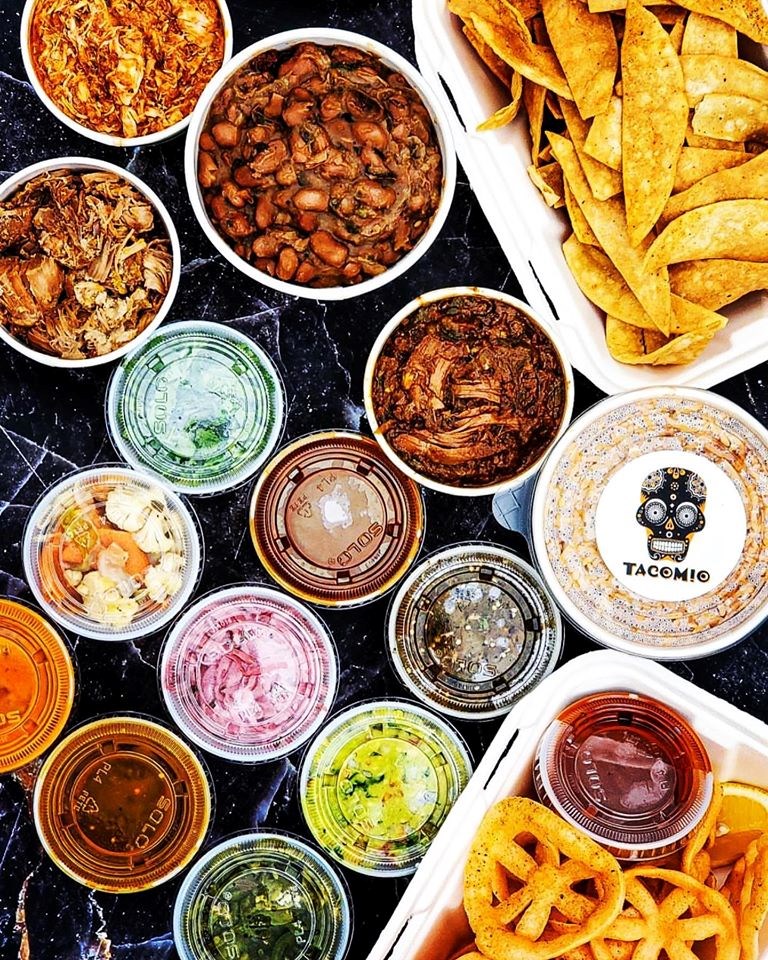 Tacomio’s Family-Style Taco Kit comes with all the trimmings for an epic put-it-together taco feast. Available in kits for two ($25) or for ($45) people, you’ll get your choice of three taco fillings plus rice, beans, tortillas, and an array of sauces, salsas, and pickled veg to create the ultimate taco bar in your own home. Their take-out window is located at 1245 Glen Drive, Vancouver for pick-up, or order for delivery via Skip the Dishes, Foodora (until May 11), DoorDash, Uber Eats, and ClickDishes.

Missing your Taqueria fix? Order meal kits online from their new Cyber Taco Shop and pick-up at their Yukon location in Vancouver. Meals serve two to four people, with optional add-ons as well as beer and margs – or even their house tequila. 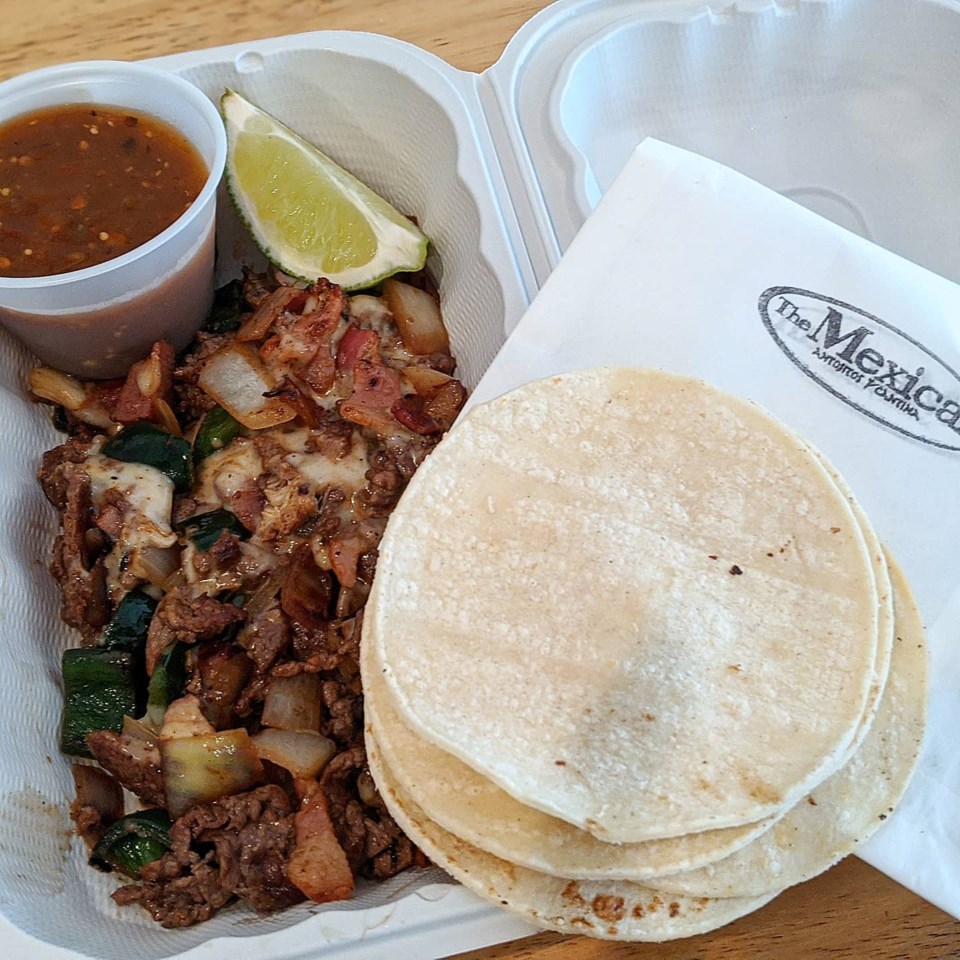 Granville Street’s The Mexican is doing take-out and delivery Tuesdays through Sundays, and their menu features an array of eats like tacos, enchiladas, tortas (sandwiches), and more, including hearty main dishes and beers.

Vancouver’s beloved vegetarian and vegan Mexican restaurant Bandidas is open doing take-out and delivery evenings from 4 to 10 p.m. They’ve trimmed down the menu, but it still has tons of options for burritos, salads, nachos, enchiladas, kids’ dishes, chips and dips, and all-day breakfast, too. 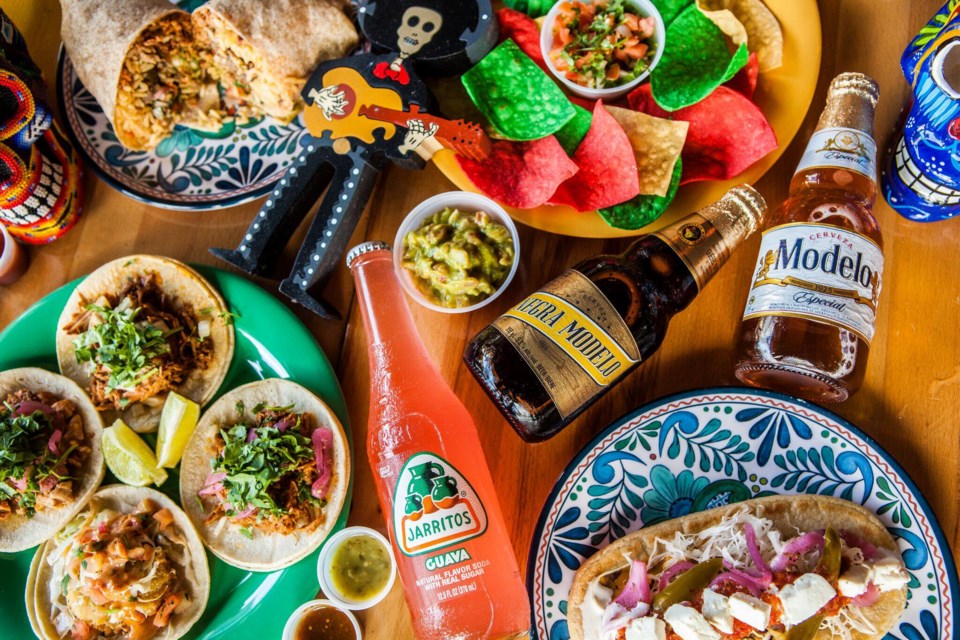 Sal y Limon is offering take-out and delivery from both their East Vancouver and South Surrey locations. Get your fill of tacos, burritos, huaraches, and more from this popular spot.

Main Street’s Maizal is offering delivery daily (through Foodora) as well as taking orders by phone for pick-up. They have tacos, flautas, burritos, and more on their menu. 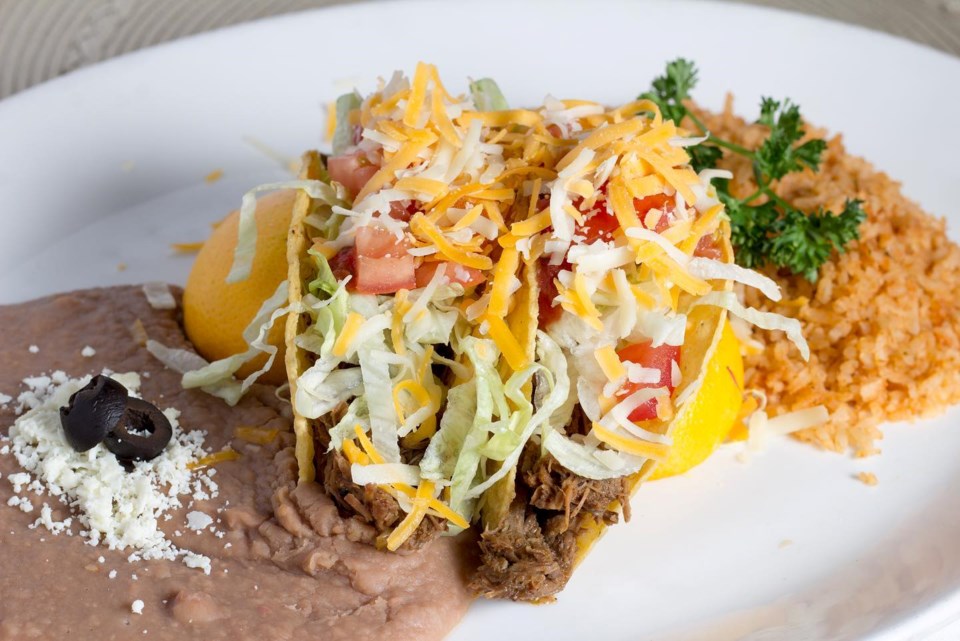 Longstanding Kitsilano Mexican eatery Las Margaritas is running for take-out and delivery (via DoorDash). Go crazy with their Nachos Locos, or feed your crew with their selections of enchilada trays or taco kits. (Psst: They have breakfast tacos too!)

Bonus: Nude Beverages (for a cause!)

Earlier this year Vancouver-based Nude Beverages dropped a second flavour of their sugar-free soda, Pineapple. If you want to cut the calories (save them for tacos!) on Cinco De Mayo, you can order up Nudes for delivery in Vancouver from a number of businesses. Plus, starting May 1, Nude will be donating a portion of sales from their next quarter (up to $50,000) towards COVID-19 relief efforts by supporting Canadian Red Cross, Alberta SPCA, Canada Helps as well as other localized efforts. They are also teaming up with Las Margaritas so you can pair your eats with their bevs.